From March 2nd – 8th people across Ireland celebrated Engineers Week 2019. Engineers week is a week-long festival of nationwide events celebrating the world of engineering in Ireland.

The initiative is delivered by Engineers Ireland STEPS programme which is a not-for-profit strategic outreach programme that promotes interest and awareness in engineering as a future career to school students through a portfolio of projects. Intel Ireland recently announced a strategic partnership with Engineers Ireland to inspire and engage future generations of STEM talent in Ireland.

The strategic partnership aims to promote enthusiasm and interest in engineering as a future career amongst primary and second level pupils through the Engineers Ireland STEPS programme. STEPS is the only national full-time STEM (science, technology, engineering and maths) outreach programme with a focus on engineering. The partnership’s first significant activity was Engineers Week 2019 and saw Intel support a number of exciting initiatives;

The first phase of the program involves students participating at local level exhibitions where Intel judges visit the participating schools, choosing two winning projects in each. The second phase saw each of these winning projects take part in the Mini Scientist Regional Finals which were hosted throughout December in Leixlip and Shannon.

The 2018 / 2019 initiative was another exciting year for the Mini Scientist competition with almost 8,000 students from 120 schools in 18 counties of Ireland taking part in the Grand Final event. This year there were almost 2,500 projects exhibited as part of the Mini Scientist competition and the Grand Final brought together the top 23 projects from across the country.

The Grand Final was filled with innovative and imaginative projects, put together through months of hard work and the judges, after a very difficult task of deliberation selected their winning projects;

Find out more about the Grand Final event by reading the full news release.

The Intel Engineering Challenge
To celebrate Engineers Week a number of engineers from Intel visited 3rd class students across Leixlip, Celbridge and Maynooth to complete the ‘Balloon Rocket Launch Challenge’. More than 850 students from 15 schools took part in the challenge which is devised to introduce students to a number of activities that are core to the world of engineering such as design, experimentation, construction and observation.

The participating schools were;

The launch of Engineering 2019: A barometer of the profession in Ireland took place at a special event at the Engineers Ireland offices in Dublin and included a panel discussion with Professor David FitzPatrick, the new President of Ireland’s first technological university, TU Dublin, Joe English, Engineering Manager at Intel and Caroline Herlihy, Managing Director, Global Professional Consultants.

As part of the panel discussion, which focused on the skillset of contemporary engineers, Joe English remarked that; “At Intel we look for a set of skills and behaviours in our engineers. It goes without saying that the relevant formal educational qualification is required, but in addition to this, we look for engineers who have excellent communication skills, good problem solving capability, and given the precision that our business requires, they also need a high level of attention to detail. Also, given the size of our organisation we tend to work in multidisciplinary and cross functional teams, and so the ability to work well as part of a team, as both a leader and a contributor, is also vital.”

He continued; “In my experience almost all of the most successful engineers I have worked with have also demonstrated a high degree of good old fashioned curiosity, that innate desire to know and to fully understand exactly how things work the way they do and why they are the way they are. It shows again and again in situations where they are confronted with previously unseen problems.”

The second in an annual series, Engineering 2019 captures trends in engineering employment, perspectives and education. This year’s report was based on three surveys conducted by Engineers Ireland (and Behaviour and Attitudes) between October 2018 and February 2019 of qualified engineers, engineering employers and the general public. These findings were complemented by summaries of data collected by other organisations such as the Central Statistics Office, Higher Education Authority and State Examinations Commission.

Engineers Ireland and Intel team up with Stemettes to host ‘STEM Goals Day’
On Thursday, March 7, female 2nd level students were shown how to design and create their own app as part of a fresh initiative to inspire and encourage the next generation of young women to enter the Science, Technology, Engineering and Maths (STEM) area.

Using HTML and other app building tools, the young students were shown by experts from the award-winning social enterprise Stemettes how to harness coding, software, digital and tech skills to build their own apps and other tech creations and explore the limitless possibilities the exciting world of STEM has to offer.

The unique Stemettes ‘STEM Goals Day’ event which was held to coincide with International Women’s Day on March 8th, was hosted by Engineers Ireland and supported by Intel. The one-day event provided a structured introduction to STEM to over 40 young women from County Kildare who were given an overview of the range of exciting career options available to them after studying STEM subjects. Participants were also able to present their own crafted websites and tech creations to a number of senior managers from Intel and compete for prizes up for grabs.

Find out more about the ‘STEM Goals Day’ event by reading the full news release.

This year the showcase saw over forty engineering companies and educational institutes come together to provide students with an educational yet engaging event that allows them to get a taste of what exactly the engineering world entails. Aimed predominantly at secondary school students, the event gives students the opportunity to ask an engineer what exactly a life in engineering involves. This is a unique industry-led event with the view to increasing the standard and pool on engineering talent available in the region and to sustain future growth for ADI and the overall engineering-related industry in general.

With the help of interactive demos and helpful volunteers, the Limerick for Engineering showcase reaches a large scale of young people, up to 800 students and parents, further increasing the next generation’s interest in engineering. Employees from Intel Shannon were on hand at the event to share their experiences and to showcase some of the cutting edge technology that they are working on.

#IAMANENGINEER
To coincide with Engineers Week, Intel Ireland ran a special #IAMANENGINEER communication campaign across our social media channels which aimed to capture the diverse and dynamic world of engineering through the eyes of a number of different Intel engineers. The series included profiles of 10 Intel engineers who each represented a different area of engineering that takes place at Intel. Content from the series can be found on the Intel Ireland newsroom – https://newsroom.intel.ie/. 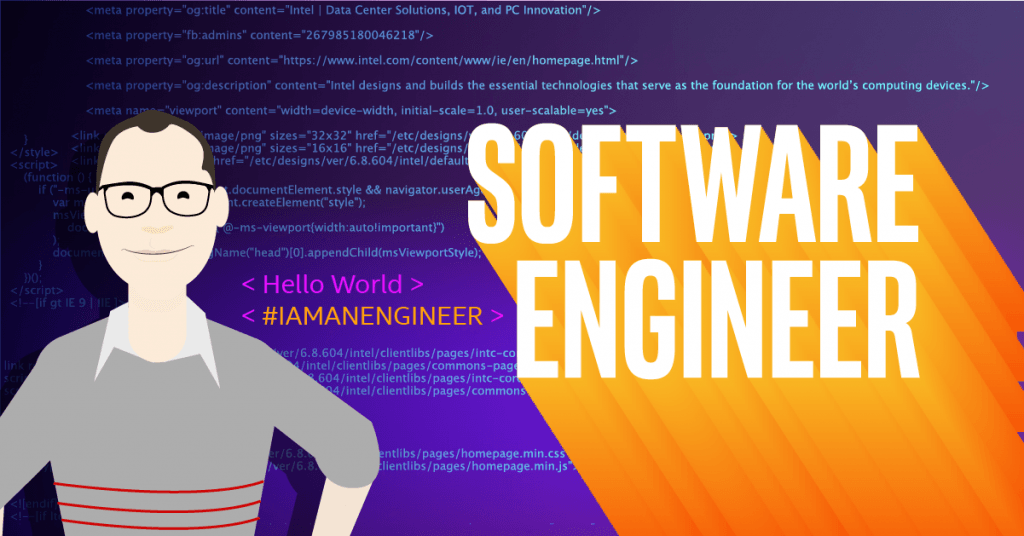 Speaking about Engineers Week 2019, Ann-Marie Holmes, Vice President of Intel’s Manufacturing and Operations Group and Factory Manager at Fab24, said: “At Intel we look for people with a broad range of technical backgrounds including engineering. We were delighted to play such a central role in Engineers Week 2019 and to have the opportunity to work closely with Engineers Ireland to further boost the pipeline of STEM skills that are so important to the Irish economy and indeed broader society. Engineering is one of the most dynamic and exciting professions around, and our job in industry is to bring this to life by engaging students right across the different phases of education and showcasing the limitless possibilities of a career in this area.”

About Engineers Week
Now in its 13th year, Engineers Week is an annual campaign to inspire the next generation of engineers and excite students about the possibilities a career in engineering can offer. With hundreds of events already confirmed for the week, the event is coordinated on a national basis by Engineers Ireland’s STEPS programme – funded as a strategic partner of Science Foundation Ireland’s Discover Programme Call. To find out more about the initiative visit www.engineersweek.ie.